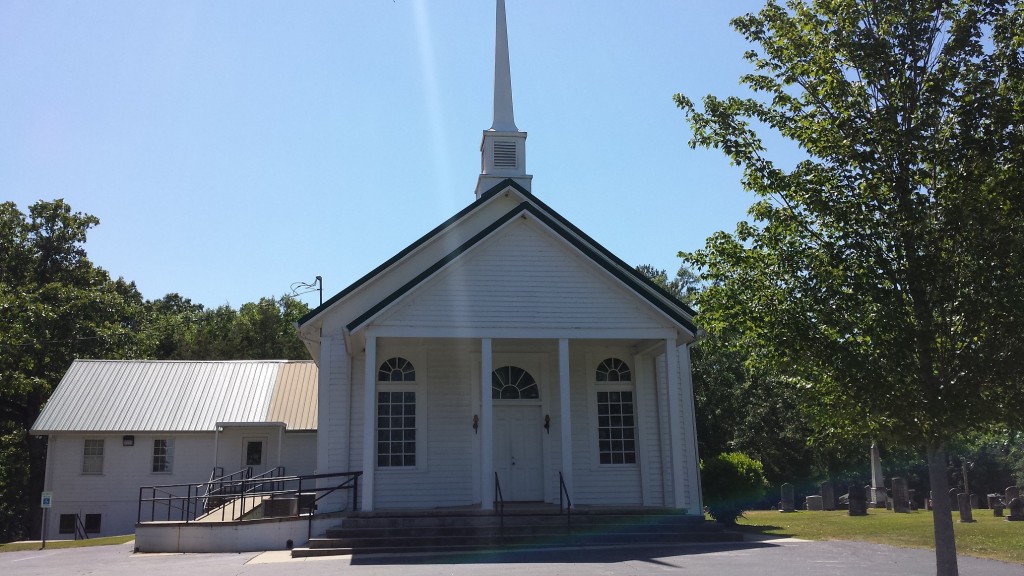 I’ve liked all the stories I’ve written about people I met at church. Of course I did. It’s not like I’d tell you I liked 73% of them so you’d have to guess which ones fell below my standard. Nope. I liked all of them.

My most recent “most favorite story” was about Jane Ferguson. This one distinguished itself in a way where, unlike any of the others, her story kept crossing over into my own territory. For example, when she told me that she had grown up in Webster’s Chapel – a small community between Anniston and Gadsden – I told her I had been in that area only a couple of weeks before. In Wellington.

“That’s where we got our mail,” Jane said.

That’s about all there is to Wellington, actually – a post office. No businesses, not even a gas station. Just some houses, that post office, and a small church with a cemetery. That’s what my sisters and I had gone to see – Union United Methodist Church and the cemetery where our great-great-grandparents, our great-grandmother and some other greats are buried.

My arrival was between the DOBs for Jane’s daughters’ – Renee, me, Rhonda. And one other connection. Barney is buried in Alabama Heritage cemetery in Montgomery, just a short distance from my mother’s final resting place. Also, my mother’s name was Jane, as is one of my sister’s. In any case, once you start creative pursuits, you can hardly help but connect them to everything else.

Stories. Art. Family. Rocks. And about all of that… 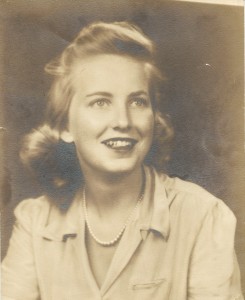 My mother was born in old St. Margaret’s hospital in Montgomery on July 8, 1923, though she only lived in this area for a short time. Her parents, Roscoe and Inez, had grown up in Fort Payne, but they were here because Roscoe was the superintendent for a sand and gravel operation near Millbrook. This was an enterprise owned by my great grandfather; it was a supplier to work he did in bridge construction.

I had asked Mother about these early days, and she happened to mention a story — just something that came to mind. She said that Roscoe and Inez had a car. Two girls from Fort Payne were attending the school now known as Huntingdon, my alma mater, and on Sunday afternoons, Roscoe and Inez would take them for a drive. Mother was a baby, and one of the girls was holding her during one of these drives when, at an intersection, Roscoe ran into another vehicle. The girl must have gotten jostled because she threw Mother out of the car.

In any case, Mother must have seen the horror unfold on my face as I heard this story. I was probably picturing a scene sort of like in Back to the Future, where the family in the photograph starts to disappear because something happened in the past, and they don’t exist anymore.

“She didn’t mean to,” Mother explained. “It was just from the reaction. It didn’t hurt anybody.”

Okay then. As long as she didn’t mean to throw my mother out of the car. Because otherwise I was about to be upset.

The sand and gravel operation was later sold as part of a business settlement, and my mother’s family moved to Ensley outside Birmingham for a time, and then on to Fort Payne. Roscoe became a dairy farmer on Valley Head Road, on land that belonged to Inez’s family.

I did not meet these grandparents. They died in 1957. That February Inez had a heart attack during surgery for a brain tumor in a Chattanooga hospital. Later that year, Roscoe had a sawmill accident in Fort Payne. In August, he collapsed while recuperating at our home in Alex City.

When you’re not born yet and you hear these stories as past facts, you wouldn’t necessarily recognize the enormous emotional impact these events might have had. I just knew something disappeared before I was here. And I knew that a lot of family pieces in the house were explained as “That came from Momma.” “That came from Daddy.” This is why Chapter 3 of Life with Strings Attached, my novel, begins:

“There were always people who were missing, whose absence left a hole or set certain things into motion, and you wonder in what way the world may have changed, or stayed the same, had that absence never occurred. In our house, the evidence of people unseen was kept in the living room, which meant a different set of operating rules. I could enter if I was looking for Pumpkin or walking through to the front door, but I was not to dawdle or bump into anything. A denied object becomes an irresistible force, to be sure.”

The reason I was thinking about these things lately is because someone asked about the rocks I use in my art projects. I explained that they come from the debris that settles at the curbs — they’re the overflow from the concrete and asphalt that create the curbs and roads. As I considered this source, I realized that they are just sort of like the things you’d be working with if you were, say, running a sand and gravel operation. As my grandfather had done when my mother was born.

That’s another nice thing about creative pursuits. You can not only bring new life to discarded things, but also connect it to the lives that came before you.

The day my sisters and I drove to Wellington, our first stop was in Fort Payne. Driving through town and beyond — where Gault Avenue becomes Old Valley Head Road — we saw the home where our grandparents had lived. My sisters recognized the barn where Roscoe had kept his cows. I did not. But we stopped for a photo at a little road perpendicular to the home, and I stepped from the car.

After taking a couple of pictures, I noticed a metal washer underneath the driver’s door. I reached down to pick it up. “Look what I found,” I said as I returned to the car.

“Even in Fort Payne,” one sister said.

When you start making connections to stories, families and art, you see things in a new way any old place you go.

4 thoughts on “The Connections of Creative Pursuits”