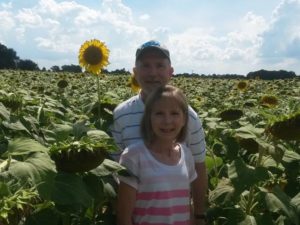 This past Sunday, the second string was leading the 4-year-old class in Room 109.  Donna Hoomes, our leader, was out with family, and I was substituting as director. This is early in the start of a new year, and the class seems to be a large one. Well, last Sunday, we’d only had five, but that was Labor Day weekend. The other Sundays we’ve had 11 or 12. We usually have four teachers – three regulars and one quarterly – to keep the program going, but when Tommy and Kathy Dismukes are on the schedule, we have five. They are quarterly teachers who aren’t due to arrive till October, though they did pitch in on that Labor Day weekend to fill in a vacancy.

I mention these things because, this past Sunday during the 8:30 service, I saw that my silent phone had a blinking light. I had a text message from Donna that she’d just heard from one of our regulars saying she couldn’t make it that morning. “See if you can get Tommy or Kathy to help” the message said.  Donna knows where they sit; she knows where I sit. If they were there, they would be in range for my request. I looked to the right and had them in sight. The main thing to do now was to block the exit.

Which I did. Then I appealed to their good nature, and that’s how our October quarterlies ended up in this 4-year-old class for a second Sunday in September. As I told Donna later, I was really thankful that they agreed. Because this past Sunday, we had 15 kids in the class — a record-setting number. 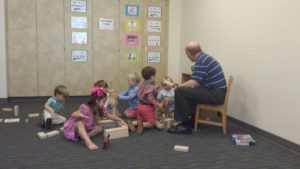 Tommy Dismukes started attending First Baptist Church in 1993, and I remember seeing him there in those days, but we’d actually met sometime earlier when we were classmates at Huntingdon College just a little ways away.

Huntingdon was a small campus, and I had heard about the basketball team that was no longer, and at some point I also heard about Tommy’s unexpected non-involvement. This is how that came to be – or not to be. Let me explain.

Tommy had graduated from high school in Lexington, Kentucky, and had arranged to attend Huntingdon and play basketball. This was not a random thing, he said. His father had grown up in Montgomery and had played basketball at Lanier High School for Neal Posey (the then-coach at Huntingdon). Also, Tommy’s grandmother Margueritte Dismukes was a 1932 graduate of Huntingdon. “That was my connection to get me down here,” he said.

So plans were in place. Then there was a wrinkle. Huntingdon disbanded its basketball program before the start of our freshman year. Although Tommy was a basketball player without a program, he decided to come to Huntingdon anyway. 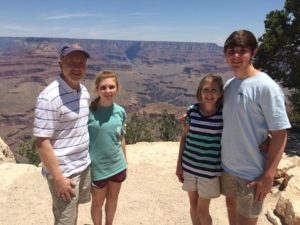 Fast forward a few years, Tommy joined Jim Robinson’s Sunday school class at First Baptist, and that’s where he met Kathy. They married in November 1994. Today they have two children, Kassie, a sophomore at LaGrange College, and Thomas, a senior at Eastwood Christian School.

Tommy had graduated from Huntingdon with an accounting degree and worked in banking for a while, before returning to Huntingdon in the financial aid/admissions area. He left for a time to manage the federal student loan program for this region, before returning to campus again in 2004. Today he is Special Assistant to the Senior Vice President. “I primarily help families with financial aid matters and help with athletic compliance,” he said.

He and Kathy have been active at First Baptist in a number of ways. When their kids were younger, they taught first grade Sunday school. Kathy participates in the Conversational English program. And Tommy has served on the finance committee and served as a deacon. Fittingly, he works with the First Baptist Scholarship Foundation, which awards scholarships to students to assist with college education.  For the current cycle, the church foundation awarded around $51,000 in scholarship support. 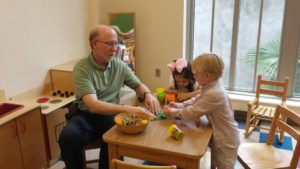 Tommy and Kathy serve together as quarterly teachers for preschool Sunday school – and for the third year, they’ve been working in the same 4-year-old class that I serve in. They had heard often of the need for preschool teachers, and they recognized how the church had invested in their kids, so they wanted to give back as a couple.

“We felt that it was important that if we were going 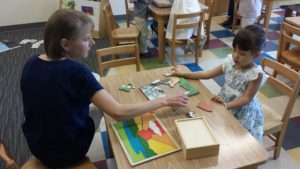 to do it, we were going to do it together,” Tommy said. Also, because they take a month a quarter, they get to be a part of an adult class during the other months. (Except when answering my pleas for substitutes.)

Tommy’s area is usually playing with the blocks, though on Labor Day he did venture out to another table for a time.

Huntingdon alumni are familiar with our motto: Enter to grow in wisdom; go forth 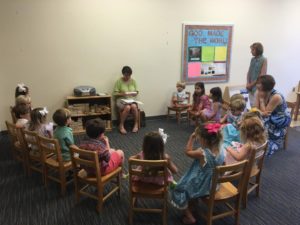 to apply wisdom in service. I don’t know how much wisdom in service we applied last Sunday, but I’m pretty sure we were able to convey the main point of the lesson, which was based on a section of verses in Genesis 1: by the time the class was over, everyone in the room knew that God made the animals.

“Giving It the Old College Try — with Tommy and Kathy” is part of the “People I Met at Church” series by Minnie Lamberth.